“I Made Tea and Felt Lost”: Volunteering for a Job Creation Program in Rwanda 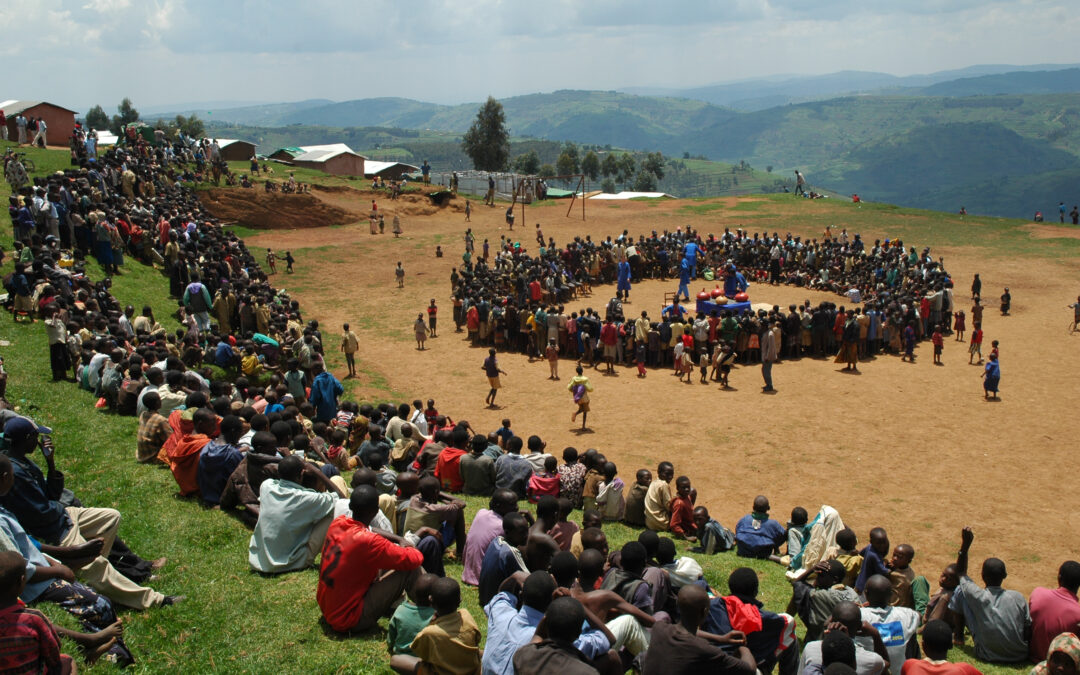 This is the second in a series of guest posts by Naomi Shafer from Clowns Without Borders.

I grew up in a small, rural town (okay, it’s a village of 300), and have always been interested in international work. Before my parents moved to Vermont, both had worked and lived internationally, and from a young age we were encouraged to Think Globally, Act Locally. This included learning second and third languages, forming international pen-pal relationships, and traveling abroad. As a young person I became involved with a local organization that fundraised for education and youth-empowerment programs in Kigali, Rwanda. I was invited to be on the board, and approached this honor by reading everything our local library had about Rwanda. When the organization received a large grant to start a job training program, I was invited to accompany the Executive Director to help launch it.

I was ecstatic…and 16. I threw myself into fundraising for my ticket and committed to spending 5 weeks, including my 17th birthday, in Rwanda. A week before I left, the Executive Director, who was already in Kigali, got sick and decided to return to Vermont. We decided I would go anyways. (I have no memories of how we made this decision. Mom and Dad, what were you thinking?)

It was a harrowing journey, that included my mom getting a flat tire on the way to the airport and spending the night by myself in Nairobi, but it wasn’t until I arrived in Kigali that I started to wonder: how in the world was I supposed to start a job training program? I was 16!  I had almost no job experience of my own (I had been a camp counselor, babysitter, and farmhand). I panicked that I would be expected to…well…create a job training program.

Luckily, the organization had two incredible Rwandan employees. Eric and Anna included me in their meetings and conversations, and took me to the prospective job sites. At first, I was extremely uncomfortable and felt like I needed to pretend that I was an expert. Which I wasn’t. We quickly acknowledged how ridiculous this was. Why pretend that a teenager from Vermont could be in leadership of this project when the Rwandan staff were clearly more qualified?

Unfortunately I think this situation is the norm. Volunteers are put into leadership positions ahead of local staff because it is more palatable to funders and, at times, to the volunteers themselves. It sounds better to say, “I helped start a job training program in Rwanda” than to say, “I made tea and felt lost and played with babies and took photos for the annual report.”

I’m sure it took more work for Anna and Eric to include me. I added a security risk. (In addition to being a young, white woman, it was also the beginning of the national Gacaca courts, the justice system designed to promote community healing and reconciliation for the Rwandan Genocide). And yet, I think they knew that my presence was key for the funding (even if I didn’t yet know this). A key lesson was that it was okay to be myself. I didn’t have to pretend that I had skills I didn’t. In fact, I think it would have been detrimental if I had.

When I returned, I was able to use some of my photographs for fundraising. A church designed a huge event to fundraise for the project. I remember the total fury that arose in me when I saw my photos with the title, “Save a tear for Rwanda.” The photos were effective for fundraising. They showed a white teenager surrounded by black, African children. Or, they showed photos of small children staring up seriously at the photographer (probably wondering what this white girl was doing taking their picture). The photos, and the event title, told a story of me as a white savior. It invited donors to join into this savior model. The event didn’t tell the story of the Rwandans who did the real work of the program. It glorified a role I didn’t do.

This lesson of the knowledge and capabilities of local staff is hugely important. And too often overlooked. I am now the Executive Director of a non profit called Clowns Without Borders. We perform in refugee camps, conflict zones, and communities in crisis. Part of our code of ethics is to always work with a partner organization. This ties in to our ethos of, “only go where invited.” It is not my place to decide that a community needs the clowns to arrive. In fact, a key question I ask is, “is this placing undue pressure on our local partner?”

The last thing I want is for anyone, either project partner or audience member, to feel obliged to host or attend a clown show. It would completely deflate our mission (to provide a moment of levity) if someone felt forced to attend. We also stick to what we’re good at – making people laugh, helping people express themselves – rather than coming in with any big ideas or agendas from outside, and only take volunteers who are fully qualified for the role they will do.

Naomi Shafer is a clown and producer. She uses humor, playfulness and physical storytelling to turn power dynamics upside down – see her in action here. As the Executive Director of Clowns Without Borders USA, she produces clown tours in refugee camps, conflict zones and sites of natural disaster. She holds a B.A. from Middlebury College, an M.B.A. from Marlboro College, and a rubber chicken from the San Francisco Circus Center Clown Conservatory. The main photo shows CWB performing in Rwanda in 2005, Photo Credit Clowns Without Borders.