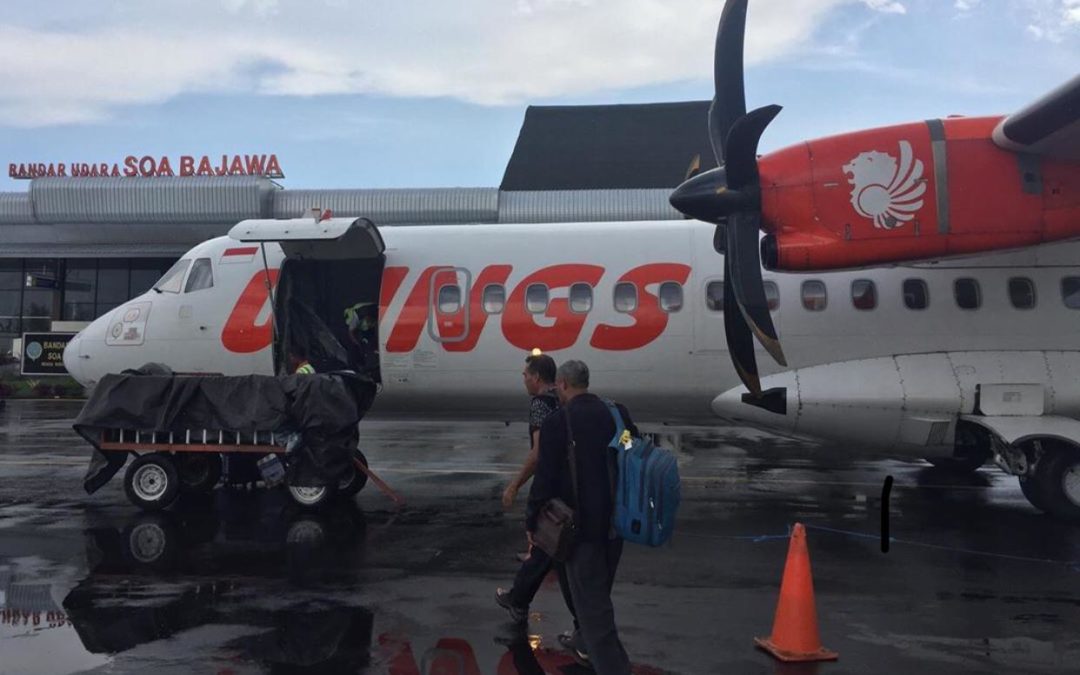 This is a guest post by student Grady Trexler.

In late March, as I left my gap year in Indonesia early because of COVID-19, I remember being absolutely sure that I had discovered important insights into myself and the world around me, but absolutely unsure about what those insights actually were. Now, weeks removed from the experience, I’ve begun sifting through the time I had abroad and trying to piece together what exactly I learned, and how exactly I learned it.

One moment keeps springing back into my mind. In January, I met an artist studying in Indonesia. He was another foreigner, like me, but we both conversed in Indonesian as we were both studying it. We went through all of the basic introductions when he asked me where I was from.

His eyes narrowed. “Oh,” he said. “You’re from the United States.”

He told me he was from Brazil. My face immediately turned red. His idea of “America” and my version of “America” were completely different – mine didn’t even include his home country – but it was plain who was correct. Brazil is on the clearly labelled continent of South America. I apologized profusely. To his credit, he smoothly transitioned the conversation past my discomfort. He might have been used to us Yankees using the term American to describe our citizenship.

This memory keeps reappearing in my mind as a prime example of one thing I’m sure I learned on my trip: what my identity as an US citizen – and specifically, a white US citizen – meant in an international context. Before Indonesia, except for a short ten-day trip to Spain, I’d never left the United States. I’d never had the chance to consider that my US-American identity meant anything, because I’d never been anywhere where it wasn’t the norm.

This is all to say that my United States citizenship, and all the weight it held, was often brought up to me when I was traveling around Indonesia. There, Young Indonesians asked me about American sneakers and basketball. Older Indonesians asked me about American politics. There was an easily recognizable discrepancy. Before I’d been to Indonesia, I knew a little bit about its history and society, but I certainly wasn’t informed about its national politics or sports teams. People would ask me what I thought about President Trump’s border policy, and tell me that they liked Obama a lot better. In return, I would struggle to remember specifics about the current Indonesian president, Joko Widodo, to ask them about. It was quite plain to me how much information about the United States people regularly had access to.

GoCar (Indonesian Uber) drivers would often celebrate the fact that I was from the United States. I was not just asked why I’d chosen to come to Indonesia, more along the lines of “Why would you come here? This is a bad country.” Implicit in this was, of course, the assumption that the United States was a Good Country. My US-American-ness held a lot of weight. Aside from the obvious privilege of wealth that I had – not only could I afford, with the help of my university, to fly halfway across the world to another country, but I could travel much farther within Indonesia than a lot of the people I met – I had a sort of cultural currency. My modest-in-my-eyes Adidas shoes were the most expensive shoes I could see when I went into a shoe store, and what a lot of Indonesian brands were styled after. When I told people that I was from the United States, I could see that their mind had filled with a list of preconceived notions about me, fair or otherwise. About my wealth and privilege level. About my style and my mannerisms and about my political views. As a white US-American, I sometimes felt awkward and gawked at – but of course, I was only being gawked at because my white-ness and my US-American-ness was something “good” that I had that others didn’t.

None of these things are things I hadn’t heard before. Anyone who went to a progressive high school understands that the United States is a superpower, economically and otherwise. The term “Westernization” conjures vague images of cultural degradation. I knew intellectually about my privilege and status as a United States citizen. But to know intellectually and to feel it, be physically confronted by it, understand it are two different things. I’m only just beginning to understand it. As I return to spaces where my United States citizenship is the norm, I hope to bring these insights with me, and to continue to interrogate them further.

Grady Trexler is a student living in Richmond, Virginia. He will attend Princeton University in the fall. He is currently using a green and white colored toothbrush.