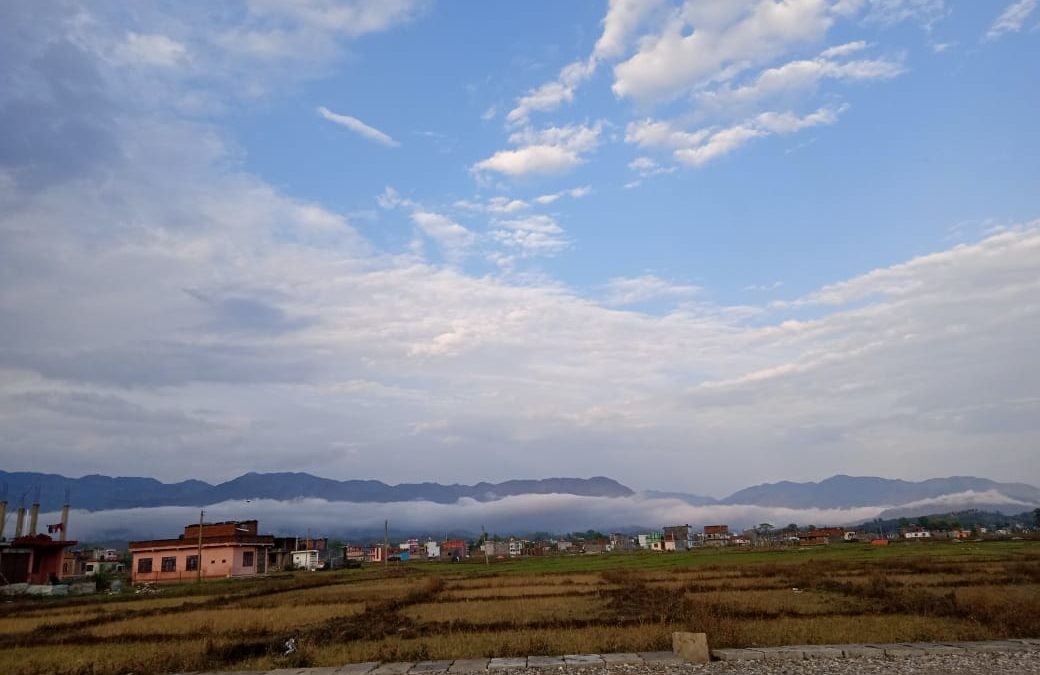 This is a guest post by Sushil Babu Chhetri.

I am writing to you from the western part of Nepal, one the most remote and most disadvantaged regions of the country, and also my birthplace. Since I saw the situation with the Covid-19 pandemic unfolding across the world, I decided to go back to my homeland to be with my loved ones, and because I felt more could be done here than in Kathmandu. Almost as soon as I came we went into lockdown, which has been ongoing for nearly two months, with all shops, schools and businesses shut.

The number of recorded cases of coronavirus in Nepal has recently been growing, especially in some of the entry points along the Indian border where migrant labourers have returned home. Officially, the land border between Nepal and India has been closed for months. Unofficially, people have been flooding across the porous border in order to get home. Many people returned to their villages in remote areas without a health check or quarantine. Those who were quarantined are often in filthy and overcrowded conditions – exactly the conditions needed to spread the virus. Also a number of people who have tested positive are asymptomatic, which makes tracing cases difficult. THE STREETS OF SURKHET ARE EERILY EMPTY

Karnali province, where I am from, is closest to the entry point with the highest rates of infection and at the same time, it is the state with the weakest medical infrastructure. For the last few days, after 25 cases were discovered in the nearby border town, my area has been under a strict curfew, with no-one allowed to leave their houses.

Up until now most people have been able to survive quite well, but with the new rules people are soon going to run out of essential supplies. Non-corona health issues are going untreated, as routine medical treatments are postponed by doctors and people avoid hospitals for fear of contagion. It’s likely that even people who have the virus are sheltering at home scared to go to hospital because of the stigma. Furthermore, Nepal is now running out of testing kits. The situation is really different from being in the city, which is well-resourced and has relief programs for the needy. Here the government did a distribution of essential items once but it hardly covered all those in need, and it will not take long for those supplies to run out.

The other worry I have in these conditions is about education. Karnali is already a place that lacks good educational infrastructure and resources. Since the lockdown started school lessons have “gone online” – but what does that mean for people who don’t have phones or regular electricity, let alone internet access? Again the poor kids are the ones that suffer most, they may never be able to catch up with their peers after missing out on so much of their schooling. In response to these dire problems my social media feed has started to fill up with self-styled “aid workers”. Some of them share pictures of themselves handing out rice or packets of noodles. Then there are those who serve up cooked meals to people. The photos show huge crowds of people waiting in line, which is exactly what we were trying to avoid with this lockdown. Those people get a meal for sure, but they get to eat just once before going hungry again. And there are no restrictions or quality checks for that food – it could be unhygienic or made with old ingredients. Sometimes it is a faith group trying to push their religious agenda, offering conversion along with the food they hand out. And every day in the newspapers we see photos of government workers doing some kind of handout, but the tiny amounts given is kind of a joke.

What I know is that the kind of giving that is documented on Facebook or in the media is unlikely to be responding to a real need in a sustainable way. I have long been an advocate of responsible giving, following the Learning Service approach. To truly know how to be of service, we need to ask what is needed and then make a carefully-planned response. It is unlikely that these people handing out instant noodles have done this. It reminds me of what happened here after the earthquake in 2015. There was an immediate response, and many thousands of volunteers rushed out to build houses for those who had lost theirs. But what ended up being built for people were just rickety structures that were poorly put together, which these days people can barely use as their cow shed.

Yes there is an emergency situation right now, and yes, people need food. What they don’t need, are volunteers posing as magnanimous donors and plastering social media with the message that they are doing a great thing. I am a photographer myself, and it makes me cringe to see people’s Facebook feeds filled with pictures of themselves handing out supplies, a single donation captured from all different angles, with the donor at the centre of the narrative like a saviour. Sometimes all that was given was a few bars of soap or one kilogramme of rice. I’ve heard some people say that their dignity isn’t worth it, to have to face 15 cameras to receive such a meagre amount. It’s not often that anyone asks permission from the people receiving the food for these photos to be publicly uploaded to Facebook either. What makes me worried is that this is a very different situation than after the earthquake. At that time, only Nepal was affected, and the rest of the world could easily step up and offer aid. Now the whole world has been badly hit and we are in a global recession. Donors are occupied with devastating events much closer to home. We cannot be relying on the same old Facebook activism: “selling poverty” just isn’t going to work in the same way. Unfortunately poverty is becoming quite normal now around the world.

Facebook activism used to work like this: someone would post pictures of themselves giving handouts as a form of fundraising. When others saw what they were doing they would donate to the cause. Then the “activists” could easily spend fifty percent of the money on aid and put fifty percent in their pockets. They could both make money and been seen as a selfless person helping the needy. Now it has become clear that money is just not going to flow in from abroad the same way, and the donations offered are looking more scanty and pathetic. When we give aid we need to be asking: Are we preserving the dignity and rights of the people we have come to help? I don’t see anyone asking the recipients of those food donations if that is what they need, or if they instead need medicine or debt relief or education for their kids, or some other form of help entirely. A donation of dry rice does not make a meal – you need gas to cook on, access to clean water, other ingredients like vegetables. In other countries I see governments giving cash payouts to people so they can decide how that money is spent. Here people are expected to be grateful for whatever they get, whether it is helpful or not. I have even heard that much of the rice that is being distributed is rotten, completely unfit to be eaten, but you can’t tell that from the images of people heroically passing out sacks.

We should not be exploiting the current situation as a chance to show how good we are. It is not the time for virtue signalling – in fact it is the time to be humble and supportive. I am not saying don’t help out at all. Please, pull together as a community and support your neighbours, encourage each other to stay positive, or to just stay at home to stop the spread of disease. If you want to do be involved in real aid work then organise it properly, do it responsibly, and try to find out what is actually needed before making assumptions. But as soon as you start bragging about it on Facebook, I’m afraid it is clear to me that you are only interested in helping yourself.

Sushil Babu Chhetri is a freelance photographer and filmmaker from Surkhet, West Nepal, who is usually based in Kathmandu. His moving life story has been serialised on this blog, check out Part One here. Sushil is also an activist campaigning on behalf of children living on the street and in orphanages. You can follow him on YouTube and Instagram. The main image shows a scene of Sushil’s home in Surkhet.