“We Aren’t Just Vehicles for your Guilt and Privilege”: A View From Nepal (Part Two) 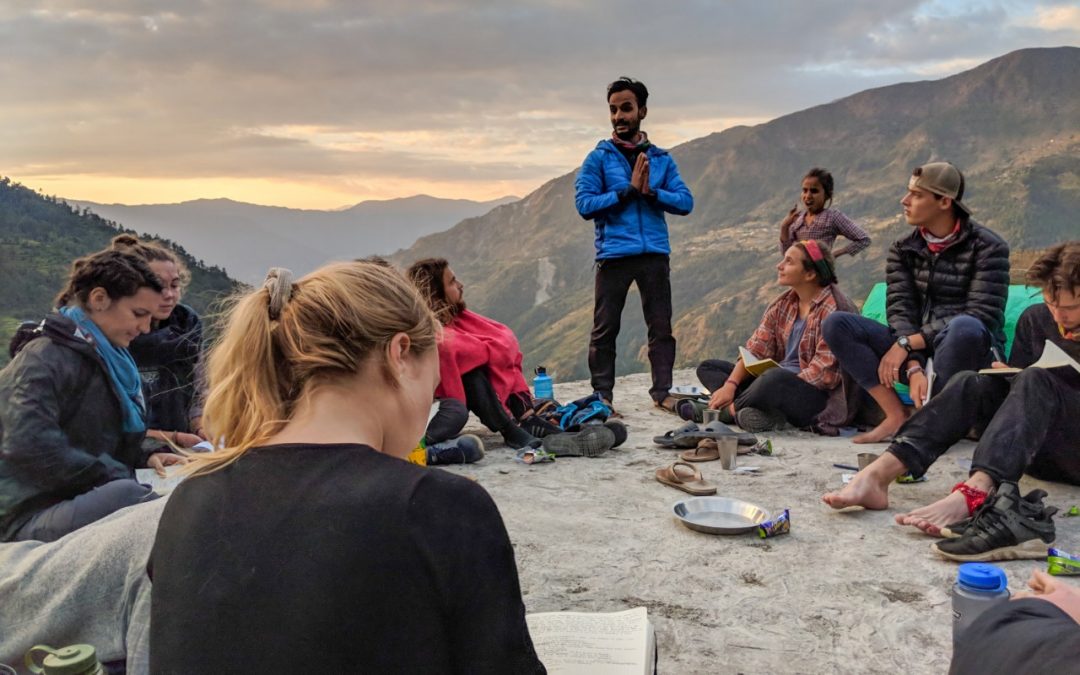 This is a guest post from Rishi Bhandari, a Nepali who grew up surrounded by international volunteers. For Part One of this post, see here.

Most of my work is with international students who come to Nepal, and the first thing I say to them is: “Please do not make any sweeping statements about this country or culture, either positive or negative, before you have learned anything about it.” Generalisations can be harmful – especially for a country as diverse as Nepal. We have extreme geographic diversity, enormous cultural diversity, religious diversity and so on. Oversimplifying is not very helpful.

Students tend to fall back on problematic platitudes such as “they are poor but happy.” I tell my students not to exoticise or stereotype the people here. It’s difficult because Nepal is always portrayed over-romantically in the media, as “a poor country nestled between the peaks of the high Himalayas,” some kind of Shrangri-La where you can achieve enlightenment.

I let students know that depending on what attitudes they foster, they have the potential to do more harm than good. Enabling students to understand their limitations is very important. Just because you have the privilege to come here doesn’t mean you have the tools to help. If everyone who wished to was able to make an impact, then the world would be a very different place. Making an impact requires more than just some good intentions and some money. Money itself does not have the power to solve problems.

Students who come to Nepal are confronted by their own privilege. That realisation is great and all, but it is only part of the picture. You might have material privilege but what about cultural privilege? To come with the attitude that “we are so privileged and you are so underprivileged” is already problematic. You come to a country where the cultural heritage can be traced back for millennia, where the community ties are powerful and strong, where spiritual values are deeply engrained – and you are the one who is privileged? Nepal has the privilege of an unbroken connection between people and land, that has not been scarred by genocide like in North America and Australia. So to enter a place with the notion that you are the privileged one and all these poor people don’t have access to the privilege that you do seems a little ignorant to me. Privilege has many dimensions to it. Instead we need to be asking “What kind of privilege do I have and what do I not, and what can be done about it?”

“To come with the attitude that “we are so privileged and you are so underprivileged” is already problematic.”

Let me tell you a story about how privilege can manifest itself in these situations. I was in a rural village in Nepal, leading a group of international students, and I was in the middle of teaching a lesson. A middle-aged white woman from the US shows up and just barges in, interrupting the lesson, and says: “We heard that your group had come here, and had to come so we could see some white faces.” Well, my face wasn’t white and she clearly hadn’t come to see me or the lesson I was teaching. I can assure you that no Nepali would have had so much disregard for the situation as to interrupt and forcefully introduce themselves, just for the sake of seeing white faces. To me it shows how invasive and damaging this mentality of entitlement can be.

The lady was in the village running a school. She told us the story of how she got there, starting with the words: “The first time I came to Nepal the poverty of the people crushed me, and I was deeply saddened by how poor the people were.” She then went on to talk about how she came back to the community several times and then decided to open a school. I don’t know anything about that school, maybe it is great and helping the community a lot. But here’s the thing – the whole time that that woman was talking, she did not mention a single word about how the community had had an impact on her. The fact that she could come to rural Nepal and be made to feel at home says a lot about the community who hosted her. This is a big missing piece in the idea of voluntourism – everyone feels like they have to talk about the impact that they make on the community, instead of talking about how the community has impacted them or enriched their lives.

I go back to the idea that there seems to be a spiritual and cultural void in the west that people are trying to fill through travelling to places like Nepal, and doing activities that make them feel good about themselves like volunteering. If they really analyse where this desire to help is coming from and what can be done to address it, they might realise that they have a lot to learn from Nepali people. That maybe when they come to do their service projects in Nepal that Nepal is actually serving them

Finally I did get some kind of acknowledgement from that lady, despite my lack of white face. She said to me: “Oh, you speak such good English! You must be very educated.” I said: “Well if teaching poetry to native English speakers means I have good English then I guess I do.” She didn’t know how to respond to that, I think because she couldn’t fit me into the narrative she had constructed. When white skin means “helpers” and brown skin means “to be helped”, a brown-skinned poetry teacher with white students just didn’t seem to compute.

“To do karma yoga you need to have the humility to do what is needed and not what you need.”

I don’t mean to deride or undermine the idea of doing service for others. In fact, Nepal has a strong cultural tradition of service, through concepts such as karma yoga, which is one of my favourite ways of understanding spirituality. Karma yoga can be understood as a selfless act dedicated towards the good of the world, not driven by self-interest or what you receive in return. It can be practiced through the most menial and despised tasks like dealing with trash or sewage, and therefore can be practiced by anyone, anywhere. It is said to be the most effective way of attaining liberation or enlightenment.

So in this way karma yoga is not like the kind of “service” projects done by people from the west, where you are on a pedestal, teaching or offering stuff to grateful recipients. Service is not done “to” someone else, it doesn’t disempower or create unequal power structures in the way that voluntourism does. We are talking about the kind of humble actions that gets dishes washed, that ploughs fields, that builds the fabric of society. Service is not one-off or one-way, done by givers to receivers, but is continually being done by everyone reciprocally.

To do karma yoga, humility is key. Are you willing to come to a place accepting that you might not have anything to offer and have everything to learn? In the long term you might be able to contribute something – but to do karma yoga you need to have the humility to do what is needed and not what you need. You might also find out that you are not needed. Are you willing to accept that? Just as much as your presence is valuable your absence can also be valuable. Karma yoga could also mean having the awareness to leave at the right time and not do things that only serve to feed your ego.

Ultimately, karma yoga is a means of personal self-discovery. The change created by your service may not be in the outer world, but may be deep within yourself. 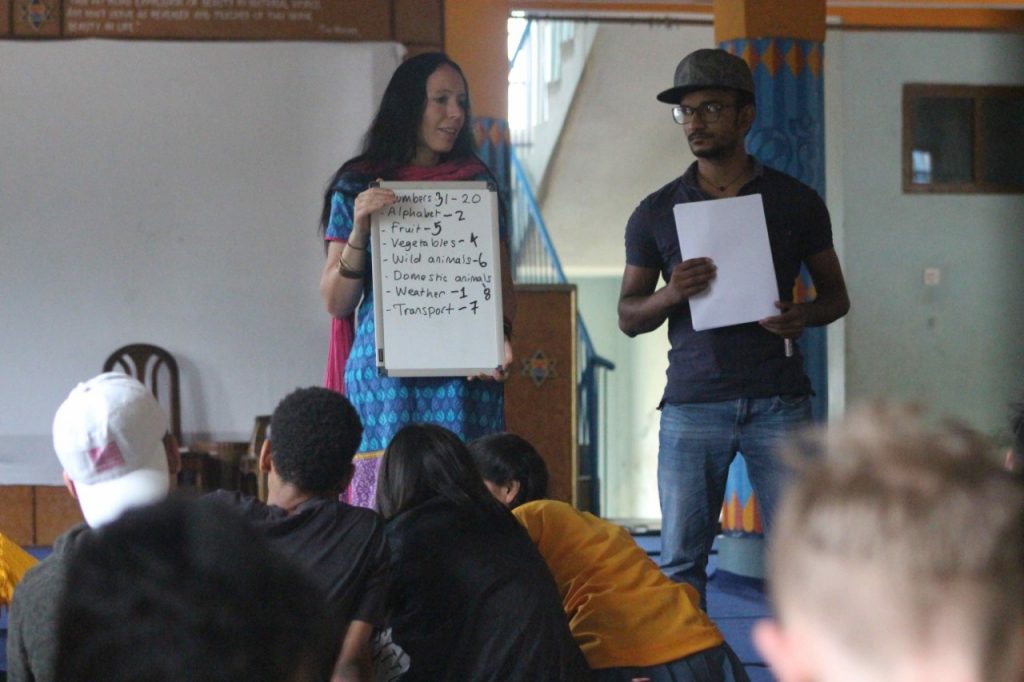 This is ultimately why I admire and connect with the ideas in Learning Service – because humility is one of the central ideas. Learning service constantly reminds you that there is so much to learn, so you need to approach travel and service with a learning mindset. I see it as a process of decolonisation – both the colonisers and the colonised need to get away from the harmful attitude of the white man always coming to help.

I would have disagreed with Learning Service if it had critiqued these practices in the way that it does and then concluded that all volunteerism is useless. In fact I believe that volunteering can be incredibly powerful when done well. So what I like is that instead of writing off the noble intentions that often lie behind the urge to help, it asks you to take a deeper look at the complexities of why you want to do so, so that your decisions are better informed. And I like also that it calls you to action. Most of the literature in this space either villainises or glorifies overseas volunteering; Learning Service is just interested in improving the impact. It introduces that classic cycle of: Think-Learn-Analyse-Plan – then proceed with the final step of “Act” very carefully, before repeating. I’m glad that I have been introduced to this philosophy, as it captures my own thoughts very well, and now I have a resource that I can direct people to.

Ultimately, I know that the vast majority of volunteers who come to Nepal would be horrified at the thought of causing harm. But unfortunately the problems are so oversimplified and the idea of “saving” is so culturally engrained in those driven to volunteer that damage ends up being done. Learning Service challenges people to think differently and keeps them from falling into the same patterns, so they don’t propagate the same problems. I wish every volunteer had to read it before getting on a plane, the world would look like a very different place.

Rishi Bhandari is a lover of the mountains, adventures, and wilderness. He teaches international students on experiential education trips, mainly in his home country of Nepal, and has strong views on how education should be more student-led. He is a philosopher by nature and loves delving into the moral truths of people’s actions, which he often does through his spoken word poetry. The main photo shows Rishi teaching a poetry class in his happy place, on a mountainside in Nepal.