Why Learning Service is the Key to Responsible Travel 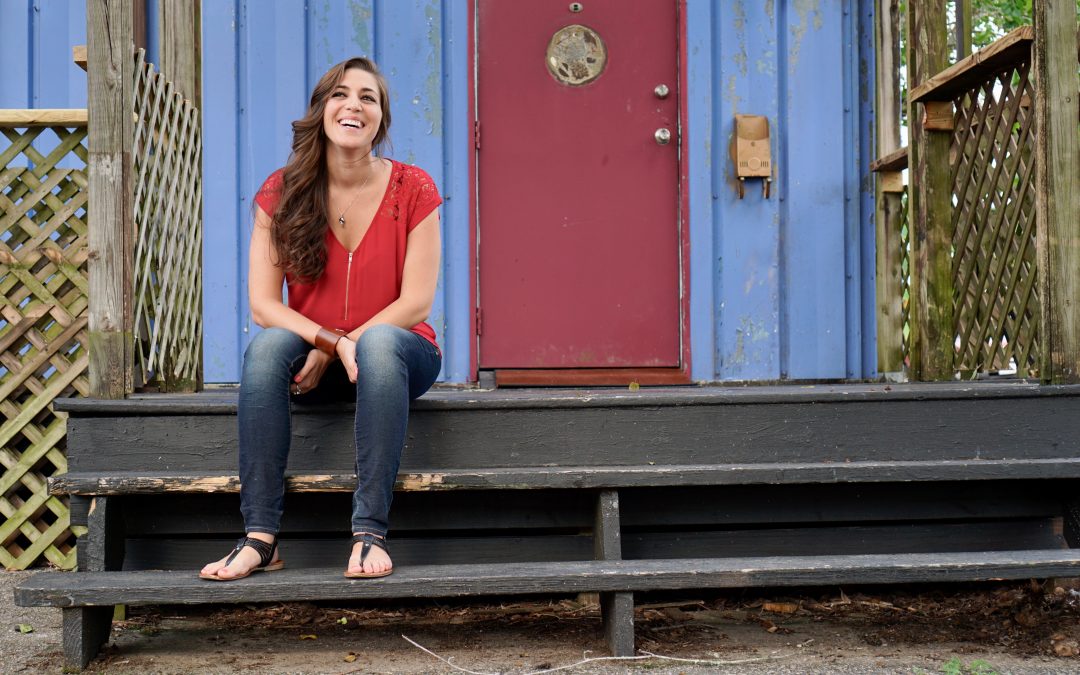 This is a guest post from Lena Papadopoulos about the mistakes she has made in the past and how Learning Service helped.

As a teenager and young adult, I hoped to “save the world,” and I had many romanticized notions about how I could do so. After completing my undergraduate degree, I took a gap year before enrolling in graduate school. Determined to put my good intentions to use, I did what many of us do when we want to make a difference—I decided to volunteer abroad.

I wanted to “help” people in a “cool, exotic” location, and I wanted to spend as little money as possible in my quest to be an amazing person doing amazing things that everyone would praise and envy. So, after paying for the cheapest voluntourism program I could find online, I spent 4 months in Tanzania as a volunteer English teacher.

What’s wrong with this picture? A better question might be, what isn’t? For starters, I wasn’t qualified for this role. Although I was a native English speaker, had always excelled in my English classes, and had just received a Bachelor’s degree, I had no training or certification to teach English as a foreign language. This requires knowledge, skills, and understanding far beyond what my experiences had provided. THE VILLAGE WHERE LENA LIVED IN TANZANIA

Not vetting the organization I signed up with was another poor decision. I had no information about their process, their staff, or how they allocate their funds. The person who was supposed to pick me up from the airport never came. I paid extra to have two weeks of language and cultural lessons, which I never got. The portion of the fee I paid that was supposed to go to the family that hosted me was never given to them, and we later found out this was a common practice of the organization I volunteered through.

Another issue caused by my volunteer role was problematic power dynamics it created between myself and the local staff. I was often perceived as more knowledgeable or qualified than local staff simply because I came from the Global North. These were trained, certified teachers, which I was not. As this was a private school (not government funded), the students’ inability to cover their school fees on time often meant the teachers weren’t receiving their salary. One day, I found a group of local teachers sitting together at a nearby bar during class time. When I asked why they weren’t at school, I was told it didn’t make sense for them to work for free when I was already there with the intention of doing just that.

Unfortunately, each of these examples is common within voluntourism and service-learning. And these are only a few of the many potential repercussions created by the popular desire to volunteer internationally. While we’re usually successful in our attempts to have significant, long-lasting impacts on the communities we serve, the problem is that these impacts are often negative, even in cases of good intentions. The bottom line is this: volunteering abroad can often lead to a snowball effect of unintended consequences that cause harm to those we seek to serve. LENA IN A PALACE IN INDIA

Following the months I spent in Tanzania, I began my graduate studies in cultural anthropology and international development—fields which are both deeply rooted in colonialism. This further opened my eyes to the problematic impacts that were and could have been created by my decision to volunteer abroad as I did. It became consistently clear that valuing and utilizing the knowledge, experience, and expertise of local people is the best way to create a path for meaningful, beneficial change in their communities. Seems to be common sense, really, and yet the colonial mindset is so deeply entrenched within so many of us that we continue to think we know best.

After completing my Master’s degree, I moved to Asia and eventually began working with an organization designing and facilitating leadership development programs at schools around the world. This is where I was first introduced to the concept of “Learning Service.” Our team was looking to incorporate more “service” into our programs, so we had a call with Claire Bennett to learn more about this framework, how it came to be, and how we could use it to better prepare future volunteers through informed and mindful decision-making.

This approach really resonated with me after the experiences I’d had. Even after going on to work at a university in the United States, I continued to use the Learning Service resources and materials with students. When I developed a relationship with a student-run non-profit that was organizing volunteer projects in several countries, the first thing I talked to them about was Learning Service. This led to retreats and workshops focused on preparing them for their experiences abroad, as well as reworking some of their internal structures and processes.

Now, I’ve begun my own business helping others create intentional, transformative travel experiences that emphasize engaging with local people and places in responsible, respectful ways. The Learning Service framework and resources remain central to my work, and I can’t imagine that will ever not be the case! I work with clients to firstly explore and understand the why behind their desire to have this type of experience abroad, and then, using the Service Learning framework, we can better work toward outlining how they should go about it. I cannot recommend Learning Service enough! Large, complex issues are broken down in simple and straightforward ways. Accessible to people in any stage of their global citizenship journey, Learning Service provides a strong foundation to begin raising critical awareness about unintentional, harmful impacts abroad while developing a new learning-centered mindset and approach toward all types of service.

Lena Papadopoulos helps schools, organizations, businesses, and individuals create intentional, transformative travel experiences that encourage self-discovery and self-awareness, meaningful human connection, and respect for local cultures and people. With a background in cultural anthropology and leadership development, Lena is an award-winning intercultural educator with 10+ years of experience in education, community building, curriculum development, program design, and facilitation in nearly a dozen countries around the world. You can learn more about Lena’s work on her website or connect with her on Instagram.